An exploration of hidden treasures

Travel, Education & Cultures is pleased to offer a unique tour that explores some of the worlds greatest hidden secrets.

Turin’s many historic libraries hold some of the world’s most unique and beautiful historical artefacts.

Our unique Historical Library Tour aims to guide you through some of these incredible collections of books and historic manuscripts that have helped shaped the world we know today.

The tour is aimed to give our guests and overview of the management aspects of some of Italy’s finest historic libraries through in-depth visits to the backstage of some of Turin’s best known libraries. 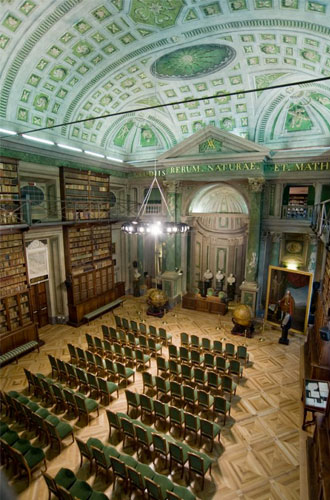 The following itinerary is a sample tour, as Italy begins the long recovery from the effects of COVID we will be re-evaluating all our tours and updating them to reflect best practice and the most effective way to keep our guests as safe as possible. This tour has been designed for groups of 8 to 12 participants. 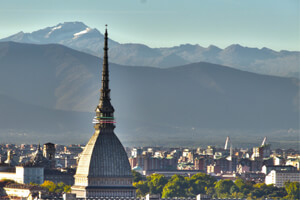 Transfer to our accommodation, downtown Turin.

Check-in and settling in 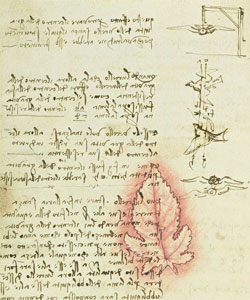 Morning: visit to the Royal Library,

The Royal Library is one of the oldest historical libraries in Turin. It hosts an impressive collection of Leonardo da Vinci’s drawings including the codex of flight seen in the picture here. As well as Leonardo famous’s self-portrait, manuscripts and incunabula, old and rare maps and charts, for a total of nearly 200,000 printed volumes.

Afternoon: Visit to the Royal museums 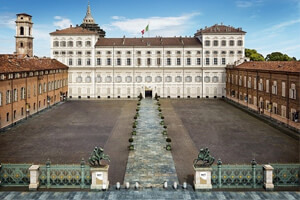 Overlooking Piazza Castello, The Royal Museums of Turin are a Turin museum center established in 2016, formerly known as the Polo Reale. They include the Royal Palace, the Royal Gardens, the Royal Library and Armory, the Savoy Gallery, the Archaeological Museum, the ground floor of Palazzo Chiablese and the Chapel of the Holy Shroud. It is a UNESCO World Heritage site, since 1997. 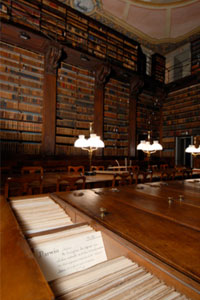 Morning: visit to The Sciences Academy.

Welcome talk by the head-librarian.

Founded in 1757, the Academy today possesses a library containing some 250,000 books and 5,000 periodicals in numerous languages, including the publications of the academies of many other countries: an inestimable patrimony that embraces several areas of knowledge.

Afternoon: visit to The Egyptian Museum. 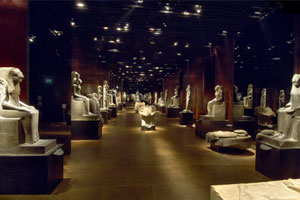 The Egyptian Museum of Turin houses the both the first and largest collection of Ancient Egyptian artefacts that can be found outside of Egypt. The museum has always been housed in the Science Academy of Turin since its foundation in 1824.  The first part of the collection was purchased by King Carlo Felice and was known as the Drovetti collection. Through the last two hundred years the collection has expanded and been added to and the building has undergone many refurbishment to best exhibit this priceless collection.

Taste the best gelato in Turin!

Breakfast at the Hotel 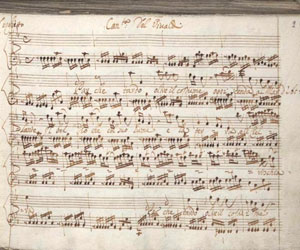 Morning: visit to the National University Library of Turin.

The National University library hosts over 763,833 books, 4,554 manuscripts, over 1,600 incunabula. Among its rare treasures, there is the biggest collection of music manuscript of Antonio Vivladi.

The Mathematics Library is situated in the beautiful Palazzo Campana. Mathematically minded people, usually associate Turin with Louis Lagrange, however other relevant mathematical figures spent time in Turin and some traces of the past glories are still visible in rare books found in the Peano’s Library.

The State Archive of Turin 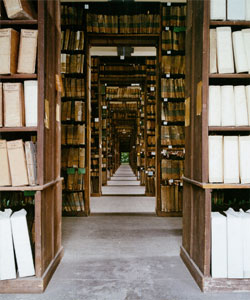 Morning: The State Archives of Turin.

The State Archives of Turin, formerly known as the  Court  Archives, host ten-centuries of history with a staggering 80 kms of documents, including over 8.000 volumes, manuscripts, and a large collection of incunabola of the 16th to 18th codex.

In addition, there are around 10,000 books published between end of 17th and beginning 20th centuries, as well as over 500 Italian and foreign periodicals since 1593.

Afternoon: (Optional) visit to the Museum of Cinema and the Mole.

The Mole Antonelliana was designed by the architect Alessandro Antonelli originally for use as a Synagogue for the Jewish community of Turin. However, the ambition of Antonelli soon made the project outrageously expensive and the local Turin Jewish community pulled out of the project. Seeing an opportunity the local town hall stepped in and helped fund the completion of this great monument. Since 2000 it has been home to the National Museum of Cinema. The Museum houses a wide collection of artefacts that trace the routes of cinema from the pre-film devices to modern day block-busters.
For those in search of a great vantage point over the city a trip in the glass elevator to the top of the spire is also must. 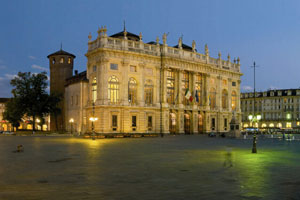 Afternoon: Free Time for shopping and self-guided exploration of the city. 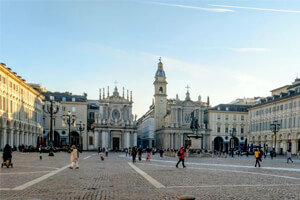 Check out and transfer to Turin International Airport. 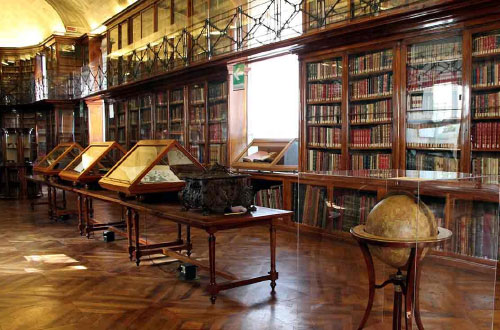 What is included in the Tour?

You can find out more about which cookies we are using or switch them off in settings.

This website uses cookies so that we can provide you with the best user experience possible. Cookie information is stored in your browser and performs functions such as recognising you when you return to our website and helping our team to understand which sections of the website you find most interesting and useful.

Strictly Necessary Cookie should be enabled at all times so that we can save your preferences for cookie settings.

If you disable this cookie, we will not be able to save your preferences. This means that every time you visit this website you will need to enable or disable cookies again.

This website uses Google Analytics to collect anonymous information such as the number of visitors to the site, and the most popular pages.

Please enable Strictly Necessary Cookies first so that we can save your preferences!